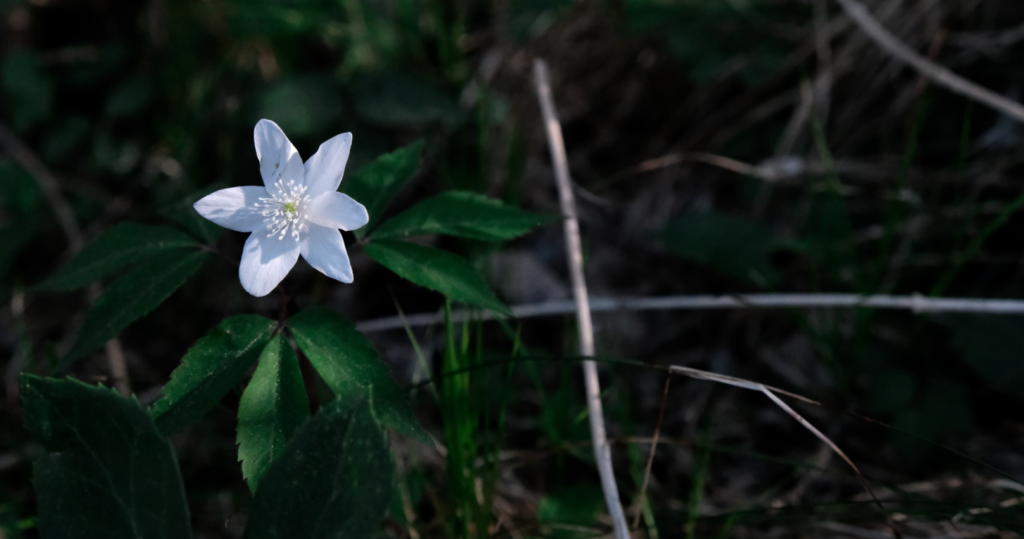 The gallery grave in Hamneda

When the E4 highway was expanded in the mid-1990s, archaeologists from, among others, Småland’s Museum examined a gallery grave outside Hamneda. The gallery grave was located on the highest point of a larger rock outcrop. The stone coffin itself was covered by a low pile of stones. When the archaeologists examined it, layer after layer of stones was removed and finally the gallery grave itself appeared. There were no remains of human bones, they had weathered over time. However, a number of flint fragments and remnants of a ceramic vessel were found. These were gifts laid down with the dead.

During the survey, some soil samples were also taken. In the soil, pollen from various plants was preserved from the time of the burial. By examining the pollen, you can get an idea of ​​which plants have grown near the site. Pollen grains are remarkably durable. The samples from the ceramic vessel contained high levels of grain pollen, which shows that the pot originally contained a grave gift in the form of grain, flour or bread. In the central parts of the gallery grave there was a high content of pollen from a buttercup plant, probably white anemone. We therefore imagine that white anemones were laid with the dead in connection with the funeral.

And suddenly we get a snapshot of a funeral during the Stone Age. A spring day when people prepared to put a loved one in a grave that they built with effort. Before the stone slabs were put on, as a roof, on the stone coffin the last greeting was to lay down a bunch of white anemones.