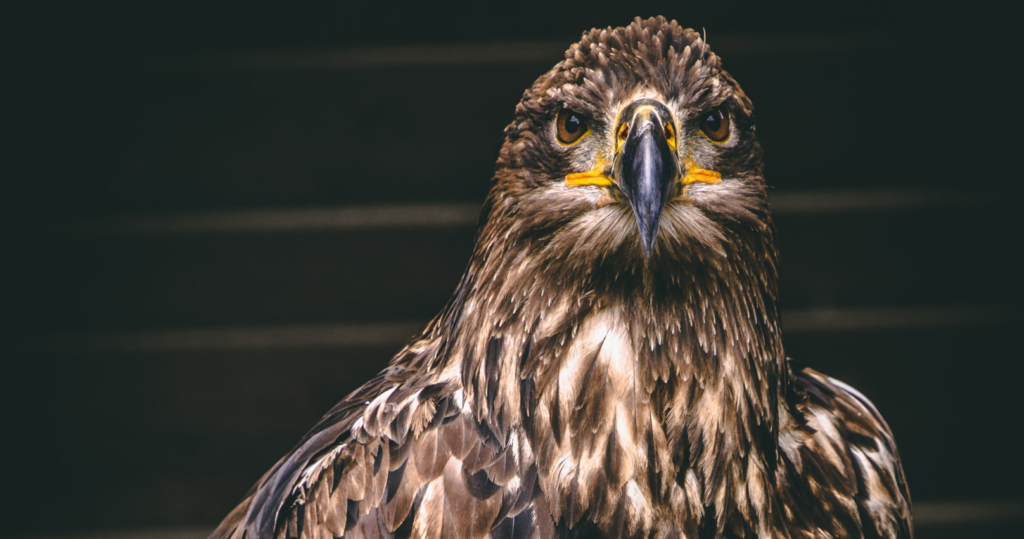 The woman with the buzzard

Trotteslöv in Berga parish is located in the western part of Kronoberg county. Here the river Lagan flows and here there are fertile plains along the river. Adjacent to many of today’s villages there are Viking-era burial grounds. The burial grounds consist almost exclusively of mounds of various sizes, i.e the grave form from the Late Iron Age that is most common in these areas. Many place names also have prehistoric origins with name endings of -löv, -lösa, -stad, -inge or -by. These are typical name endings, not least on habitations that we expect to have originated at least in the Late Iron Age.

Here, a number of tombs from the Late Iron Age have been archaeologically investigated over the years. A couple of these are particularly interesting since they proved to contain a mixed find in the form of objects and bones. One of these graves was located next to the river Lagan and had been partially damaged by erosion. An archaeological survey was therefore carried out to save the information that remained in the tomb. Beneath the burial filling of sand, there turned out to be a layer of soot, coal and burnt bones, which formed the remains of a cremation.

In the middle of the soot layer there was an almost complete ceramic vessel filled with burnt bones. A number of glass beads, some iron objects, bronze fragments and a couple of decorated bone hair combs were also found in the soot layer. Some black flakes also turned out to be charred remnants of textiles, an unexpected and unusual find. Among the pieces of textile you can see different weaving techniques and the textile must come from different costume details. Some fragments probably consist of linen cloth and some of wool.

In addition to human bones the burnt bones contain several different animal species, such as horse, cat, dog, pig and bird. The man was probably a woman between 35 and 50 years old. It was probably a rich and powerful person in the society of that time. After her death, the woman was honored by receiving a burial mound. In her honor important pets from the farm’s herd were also sacrificed. The horse was at this time an animal that signaled the high status of the owner, and sometimes the horse is attributed almost religious significance. The birds which the woman brought with her in the grave were probably two birds of prey and a mallard. One of the birds of prey can probably be determined as a buzzard.

During her lifetime the woman was probably engaged in duck hunting with the help of buzzards, something that also accompanied her in her grave. There are several pieces of evidence that birds of prey were buried together with humans in tombs from the Iron Age, especially in the eastern parts of Sweden and in the Mälardalen valley. There are also descriptions of hunting with birds of prey in written material and on rune stones. Many unanswered questions remain, but the tomb still shows a history of women and power, of craftsmanship and prosperity.