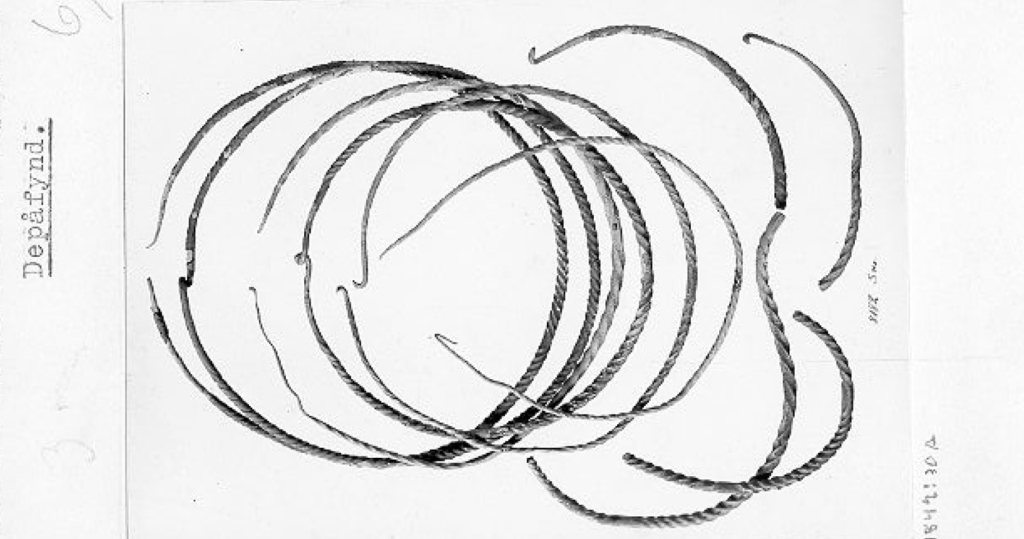 The bronze neck rings in Växjösjön

When the crofter Lindquist dug on the bishop’s land by the lake “Växjösjön” at the end of the 19th century, he probably got a shock. From the ground he pulled 8 twisted bronze necklaces! They had probably been sacrificed on the shore to one or more gods during the Late Bronze Age.

When the water level was lowered, the dried soil which appeared was used for pasture. Lindquist was paid SEK 40 (now about SEK 2,500), when he left the ancient find to the Witterhetsakademien in Stockholm. A rather meager sum for such a magnificent find!

Near the site, within the residential area Biskopshagen in Växjö, a number of graves and settlement traces from the Bronze Age were examined over a hundred years later.